Now I get see Yellowknife in daylight….and it is a beautiful sunny day! I woke up to a temperature reading of -28 degrees Celsius on my phone – that’s fresh!

Since I have no luggage, I had limited decision making on what to wear today. This is only the 3rd time I have had to experience lost luggage. But I’m not worried – there is a Shopper’s Drug Mart up the street.

Today’s excursion was with *My Backyard Tours*. I was picked up promptly at the hotel by 10:30 a.m. to begin the Ice Falls Tour with this company. We had a small group of 6 which was great. We began with a short trek out onto frozen Yellowknife Bay and then walked through a forested area to an historic cemetery before journeying on snow-packed trails through the trees to see one of Yellowknife’s hidden treasures. The strikingly beautiful frozen waterfall is known locally as the ice caves. They are apparently at their largest at the end of the winter – so my timing was pretty good. Although the ice falls are picturesque throughout the entire season. 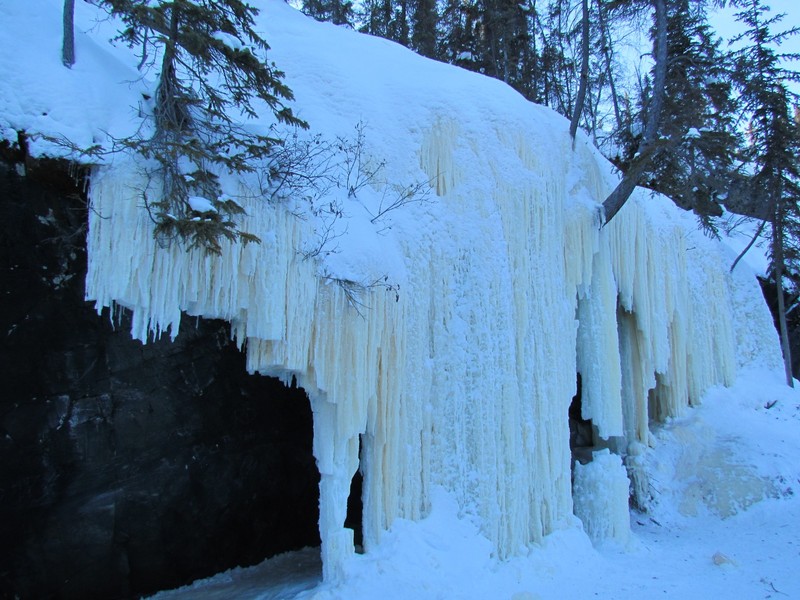 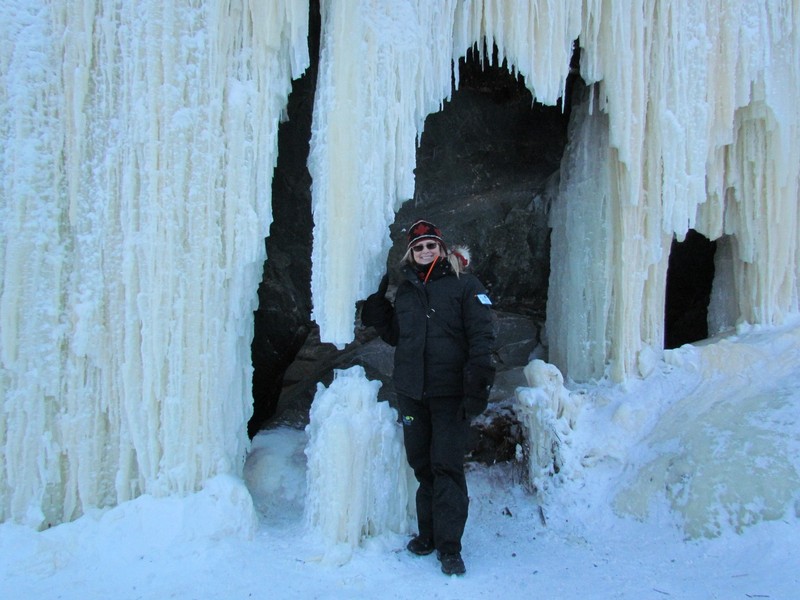 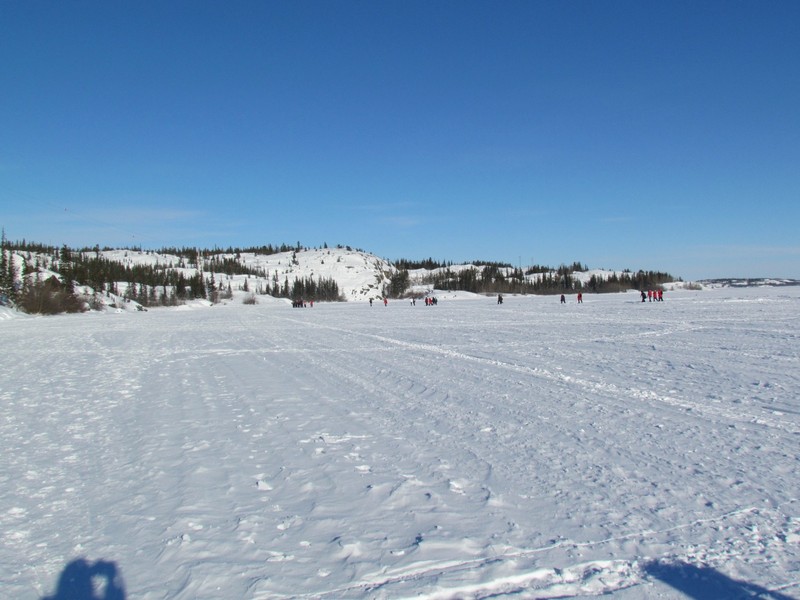 Once back to the van we had some hot chocolate and hot apple cider with homemade cookies – sooo good! A little tour of Old Town was next on the agenda and a stop at the Pilot’s Monument which offered a spectacular view of the entire city and surrounding frozen lakes. Our guide, Ryan, was very knowledgeable about his hometown and shared much of the history. He is very proud of his city! 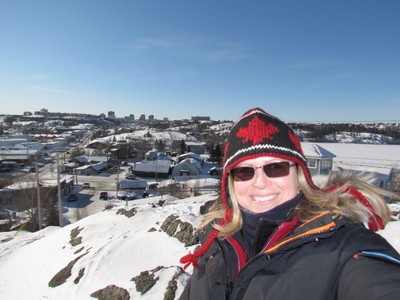 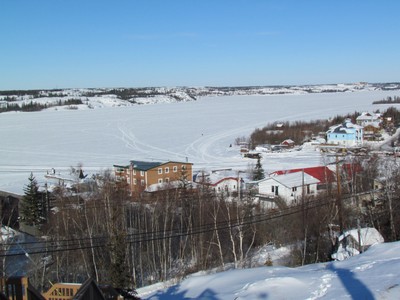 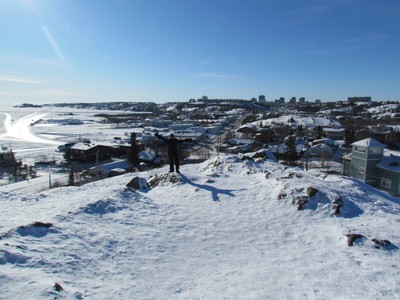 Yellowknife is the capital city of Canada’s Northwest Territories. It lies on the north shore of Great Slave Lake which freezes in the winter and becomes the Dettah Ice Road. This stretch of *road* between Yellowknife and Dettah is 6.5 km in length and opened for the 2019 season on Friday January 11. I don’t think I would want to be the first person going across….or the last person to travel the distance in April when it closes. Just sayin’.

Driving on the road before it officially opens is illegal and carries an $863 penalty. Is there really a penalty for stupidity!?!? Haha.

I felt pretty safe as we approached the lake and then our van proceeded out onto the ice. We pulled over to stop at one point and we were able to get out of the van to examine the ice up close – really close! It was easily over a metre thick – maybe more! Soooo cool! 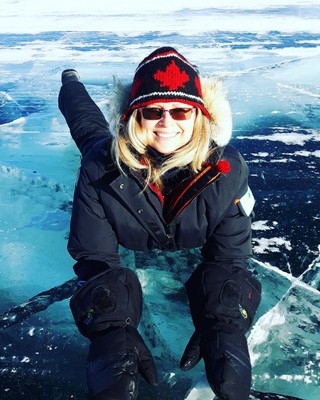 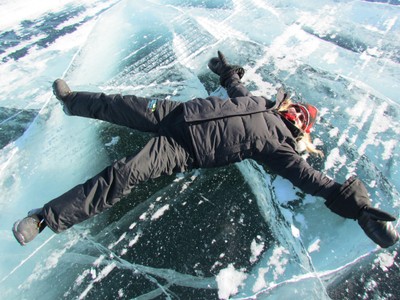 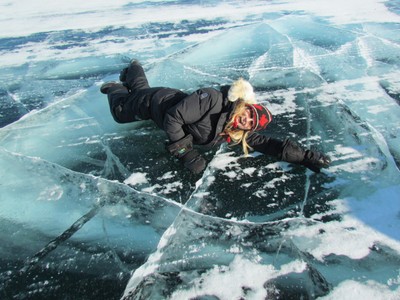 Traveller’s Tip #3: Walking with ice cleats on your boots are helpful when walking on ice. Duh!

Once back at the hotel, my phone rings….it’s the airport….my luggage has arrived! Woohoo!!!

Posted by moorsey88 17:06 Archived in Canada

Previous Next Table of contents

Auntie Chelle "on the rocks"!!

Comments on this blog entry are now closed to non-Travellerspoint members. You can still leave a comment if you are a member of Travellerspoint.

If you aren't a member of Travellerspoint yet, you can join for free.